Product
PLATFORM
Functionality
Learn how Member.buzz can help your group thrive.
Security and Compliance
Our market-leading security ensures that your data is automatically safe-guarded.
Roadmap
See recent updates and vote on upcoming functionality.
FEATURES
Website Builder
Create a beautiful Space using our website designer.
Online Payments
Easily accept online payments for events, fundraisers, memberships, and more.
Event Management
Sell event tickets and manage guests.
Member Directory
Create a centralized directory of your members.
Invoice Management
Accept and track payments online, send automatic reminders, and get paid faster.
Custom Domains
Map a custom domain to your Space.
Blog Publishing
Author and publish custom blogs using our intuitive page designer.
More
Solutions
SECTORS
Personal
Build a beautiful website to host your resume, portfolio, or create a personal brand.
Small Business
Use our small business tools to scale your business.
Enterprise
Grow your organization using our powerful SaaS platform.
Nonprofit
Magnify your mission with our fundraising and donor-management tools.
SEGMENTS
Alumni Clubs
Bring together alumni from your community to celebrate your alma mater.
Chambers of Commerce
Leverage our purpose-built platform to bring your community together.
Charities
Fundraise, manage donors, send Invoices, and more.
Event Planners
Sell tickets and run your event smoothly.
Fraternities and Sororities
Communicate with and manage your members from a unified platform.
Political Campaigns
Create a website, collect donations, and more from a unified platform.
More
Resources
LEARN
Member Guides
Access our extensive collection of guides, FAQs, and how-to articles on using Member.buzz.
Organizer Guides
Find guides on setting up a Space.
Partner Guides
Learn about our partner program.
Videos
Access our extensive collection of video tutorials, webinars, and guides.
CONNECT
Blog
See the latest updates from our team.
Chat
Connect with a member of our team
Demo
Schedule a demo to take a first-hand look around our platform.
Company
GET TO KNOW US
About
Learn the story behind Member.buzz.
Brand
Learn how to best refer to our company and products.
Leadership
Learn about our key people.
Legal
Our latest legal policies surrounding the use of our platform.
WORK WITH US
Careers
Browse our latest job postings.
Press
Browse our latest press coverage and find resources that can be used in future publications.
Contact
Get in touch with us to get help with our platform.
Login

Get to know the people behind Member.buzz. 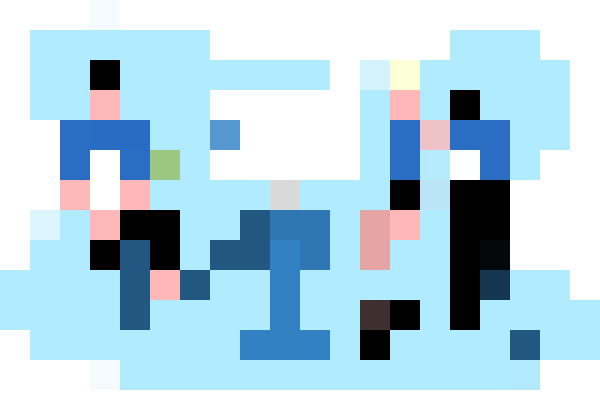 Our team is composed of a wide range of people from a variety of backgrounds; all with a singular focus: to make the best group management platform on the planet.

Yeack started Member.buzz to empower groups of people to come together and focus on their mission instead of their technology. As a long-time executive and active philanthropist, William knows first-hand the difficulties surrounding coordinating groups of people – whether it is building a business or funding a charity.

Under Yeack’s tutelage, Member.buzz is poised to reshape how individuals collaborate with each other towards a common goal. Group leaders will no longer be forced to cobble together a multitude of tools, platforms, and plugins to run their groups; instead they can do it all with Member.buzz.

Prior to Member.buzz, William was the founder of a New York hedge fund specializing in algorithmic trading strategies. In his spare time, Yeack enjoys living and traveling around the world with his wife Kristie, his son William Augustus, and his dog Odin.

William attended the University of St Andrews, the London School of Economics, and Stanford.

Kristie Louderman, is a seasoned team leader who has implemented many technology projects from Healthcare Transformation to IT Systems Implementation. Prior to joining Member.buzz shes has experience working in the management consulting space and healthcare technology.

She is an alumnus of University of Illinois at Urbana-Champaign where she was an active member of habitats of humanity and Delta Zeta Sorority.

A Bay Area native, Madison is directly involved with several local nonprofits. She currently serves as a board member of Scholar Wine, a nonprofit which focuses on raising money to provide educational opportunities to exceptional students from adverse backgrounds.

During his educational and professional career, Moreno focusses on Business Development and Consulting. Being an international from the Netherlands, Moreno brings on valuable international experience to the team. In his spare time, he enjoys working out and practicing Krav Maga.

Aeron is Member.buzz’s events and marketing wizard. She has a deep and diverse understanding of marketing from a variety of business perspectives and a natural eye for design.

Aeron has helped to engineer Member.buzz's marketing automation platform, which is used to ensure new users find all of the information they need to get started using our platform.

Originally from London, she enjoys traveling back to Europe to visit her friends and family, a good glass of wine and delicious food.

Liana has honed her skills in operations and client services while working with top-tier publishers in the AdTech industry. Previously, she gained experience working with two other emerging technology startups.

She is a graduate of Skidmore College where she studied Business and Spanish.

Michael Joseph is an experienced engineer who has worked at several early-stage startups. He specializes in cutting-edge front-end technologies and has experience with the Microsoft web development stack. He is very curious and is always learning new technology from more advanced aspects of UI programming with different frameworks, platforms, to other languages.

Having worked at a number of startups, his experience also includes roles from being a project manager, data architect, to a UX designer.

In his free time, he created products in 3D graphics engine programming and he is a passionate cook.

Dylan has guided many large, complex software projects in several industries including finance, law, and publishing.He has deep knowledge of web and desktop development using the.NET framework, including C#, SQL Server, ASP.NET MVC, and AngularJS. He also has extensive experience with system integrations and data migrations using tools like BizTalk as well as custom SQL scripts. More recently, he has worked with the Ionic framework to create mobile apps for iOS, and has managed cloud infrastructure using AWS and Google Cloud Platform.

Dylan attended the University of California at Berkeley.

Cary Conrad is an American business executive whose career has primarily been focused on providing on-demand network services in the Cyber Security Market. Conrad's Cyber Security Company, Message Secure Corporation, brought the first Secure Email service into the on-demand space with five other products following. This company served hundreds of financial service organizations from 1997 through 2007 when the company was ultimately sold to a partnership between Perimeter Internetworking, Goldman Sachs, and Bessemer Venture Partners.

After selling Message Secure Corporation Cary was part of a team that worked on an MBO of a public company based in Munich called Integralis. NTT was acquired through a strategic buyer, where Cary took an operating role with NTT as GM of the Americas. After leaving NTT in early 2013, Cary consulted with NTT running due diligence on a variety of acquisition targets. Notably, Cary ran due-diligence on Solutionary Inc. which was acquired by NTT in the winter of 2013 for over $200mm. Currently, Cary is investing in small companies and looking forward to assisting in operating IQ-Falcon.

Rob Matzkin is a serial entrepreneur with a proven history of success. Rob has been leading and guiding companies for the last 12 years, and is a persistent problem solver who flourishes on challenges. He specializes in innovation and focused on creating products that make a positive impact in the world.

Currently Rob is a Co-Founder and COO of myQuest. 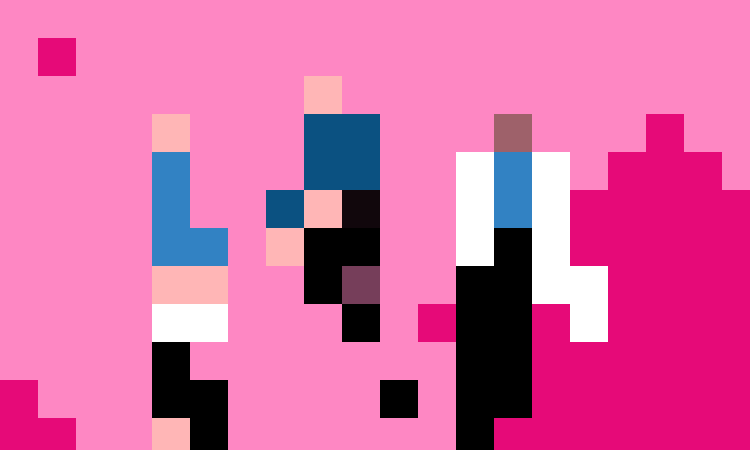 Learn the story behind our Platform.

Get to Know Us

Creating a Space is free, easy, and takes less than 8 seconds. 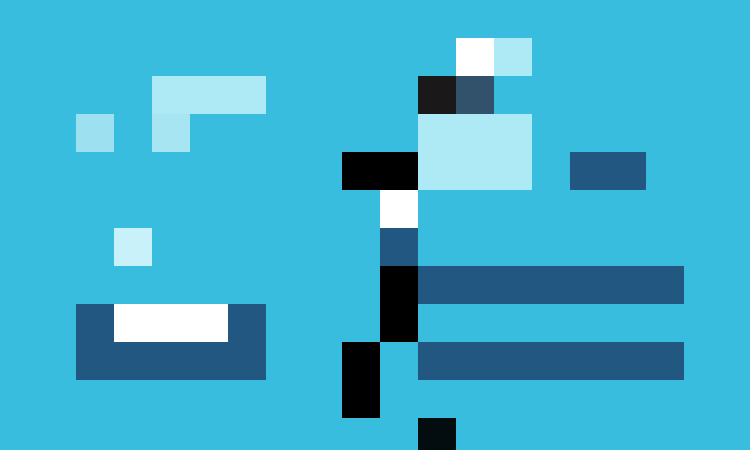 Company Blog
See the latest updates from our team and learn how we are disrupting group management. 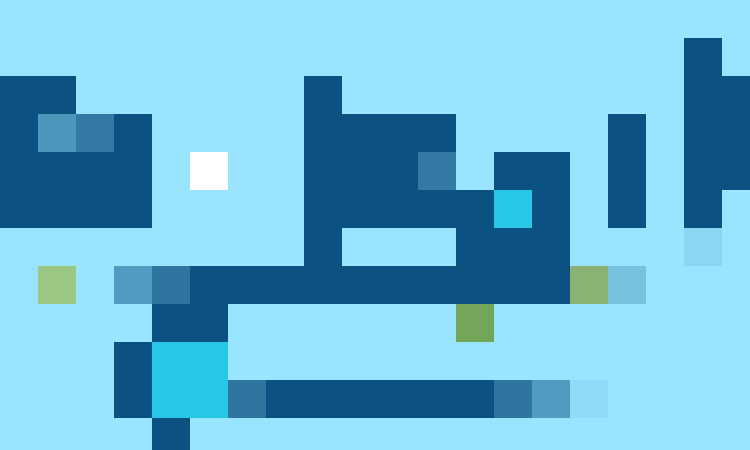 Support
Access our extensive collection of guides, FAQs, and how-to articles on using Member.buzz.
Subscribe
Back
Submit
Confirm
Are you sure that you want to complete this action?
Cancel
OK
QR Code
Close
OK
Schedule Demo
Back
Save